Rhubarb is one of those vegetables that doesn’t get the attention it deserves. Drowned out by other flavors in desserts, such as strawberries and cream cheese, rhubarb rarely gets the opportunity to shine on its own. When I first encountered rhubarb a few years ago, I made a simple jam so I could discover exactly what was buried in its green and red striped stalks. To this day, it is one of my favorite ways to enjoy it—tart, sweet, and unexpected.

When most people think of jam, they imagine it spread on toast and rarely elsewhere. I, too, fall into this category. However, after sneaking a bite of this jam hot from the stove, my first thought was how tremendous it would be mixed into Greek yogurt. Drizzled warm over cold vanilla ice cream. Spooned into hollowed cupcakes. Spread over a rich cheesecake. Hidden into hand pies.

Or, like me, you may just eat it straight from the jar. Rhubarb Vanilla Bean Jam is delightfully tart. Diced rhubarb is cooked down with a vanilla bean pod to impart the jam with the strongest flavor. Dotted with vanilla bean seeds, the jam invites you in. Though I love the tartness of rhubarb, you may add more sugar to suit your personal tastes.

A hint of advice: if the jam isn’t as vibrant as you’d like (some rhubarb is more green than others), a single drop of red food coloring can do the trick. In a large saucepan, sprinkle the sugar over the rhubarb pieces. Add the lemon juice and vanilla bean seeds. Throw in the vanilla bean pod while it cooks for extra flavor. Bring to a boil over medium-high heat, reduce heat, and simmer for 20-30 minutes, or until the jam has thickened. If the jame is too tart for your liking, add more sugar a tablespoon at a time until it reaches your desired sweetness. Remove the jam from heat just before it reaches your ideal consistency.

Serve warm or chilled, spread over hot toast, spooned over vanilla ice cream, or stirred into Greek yogurt. The jam will keep for several weeks in the refrigerator.

Kristin is a baker and science teacher with a serious sweet tooth. She began an affair with butter and sugar fresh out of college as she experimented her way through the kitchen. The voice behind the blog Pastry Affair, Kristin develops recipes for the home cook, combining a mixture of rusticity and homespun flavors with a dash of honesty. 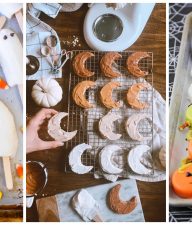 Featured Keeping Snacking Fun with an After School Snack Board 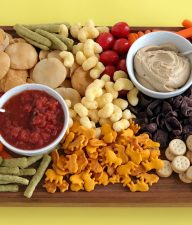 From the Kitchen 9 NOW Ideas: Pretzel Recipes to Try 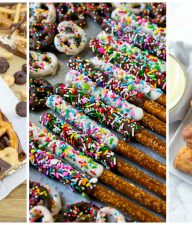 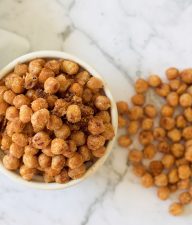 From the Kitchen Make This Banana and Date Smoothie