Play a Game of Turkey Bingo this Thanksgiving

Turkey bingo has been a Thanksgiving tradition in our family for many years. My mother is always looking for fun things to do at family gatherings, and she especially likes games that offer small prizes to foster some good natured competition among family members. –Guest post by Christine of Pies and Aprons Play a Game of Turkey Bingo

I especially love this game because it involves cute little prizes wrapped up in adorable packages. Prizes are not elaborate or expensive-usually around 1.00 each-but you never know what could be inside! The number of prizes should equal the number of players, plus a couple of extra ones just for fun. You can vary the items depending on the ages at your Thanksgiving table. We generally have some pretty things, a few useful guy things, and some fun candy or food items. Traditionally, there is always a white elephant as well. We still chuckle about the year that two of my nieces battled over one particular package, only to find out at the end that it was a tin of sardines. Now, of course, it has become tradition to always include a tin of sardines in the mix. (Our ladder ball tourney at the 4th of July can get pretty heated. You would think we were playing for a trip to Disneyland rather than the whopping $10 prize offered.)

(and yes, I know that name really makes no sense) On Thanksgiving, after the table has been cleared, and before everyone has a chance to flop down on the couch in front of the television, gather the guests and break out the dice. This game will get all ages involved, and though it’s not exactly aerobic, the excitement may burn off enough calories to make room for an extra slice of pie. 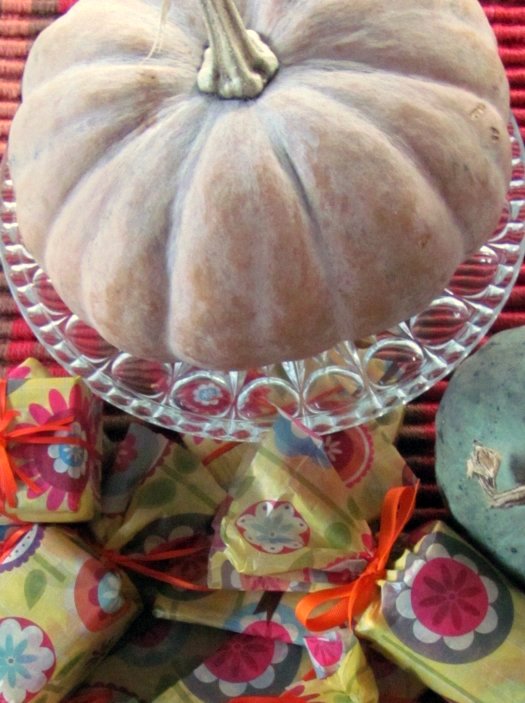 Christine is a former vintage shop owner, retail merchandiser and HGTV stylist. Currently, a designer working under the self-proclaimed title “at home expert”, she blogs about homekeeping and everyday joys at Pies and Aprons. 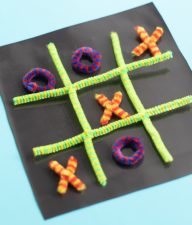 With the Kids 5 Sweet Family Games for Valentine’s Day 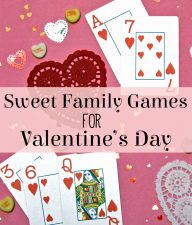 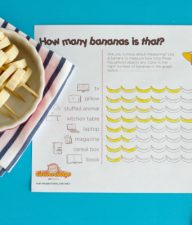 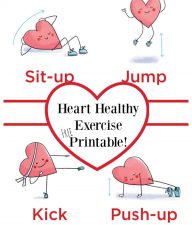